The unstoppable rise in the quality of Spain’s white wines has earned them a prominent place on the international scene. The reputation Spanish whites enjoy today is underpinned by the personality and potential of native grape varieties and the perfect adaptation of other foreign varieties. Out of all the ‘white’ gems that sparkle on the Spanish scene, we’ve picked a Godello, a Verdejo and an Albariño, three magnificent whites made from local grapes. And the price is unbeatable. Don’t miss out! 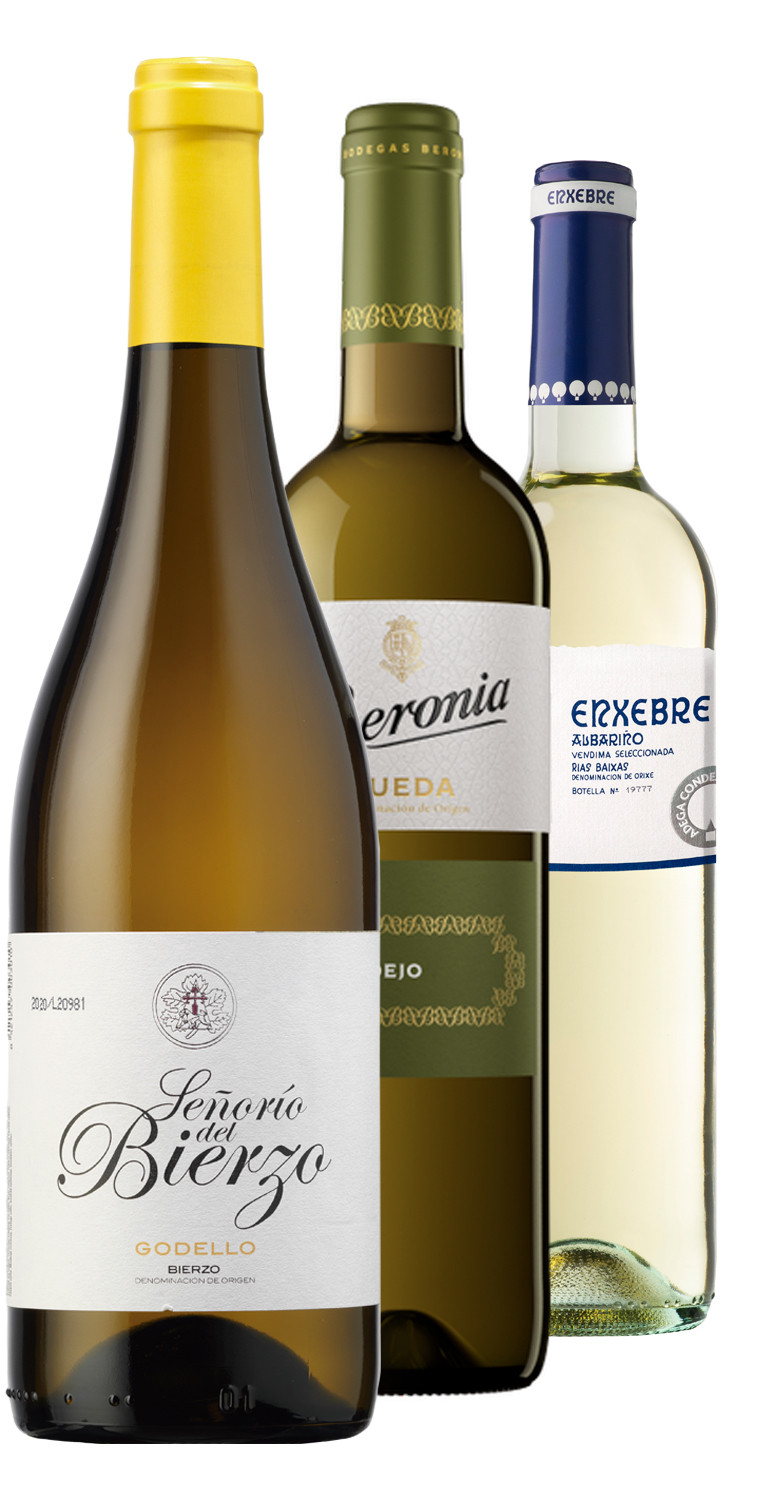